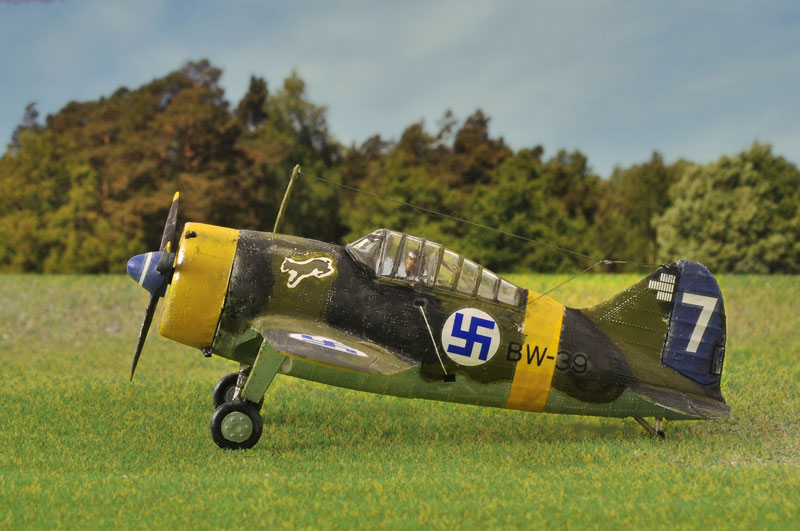 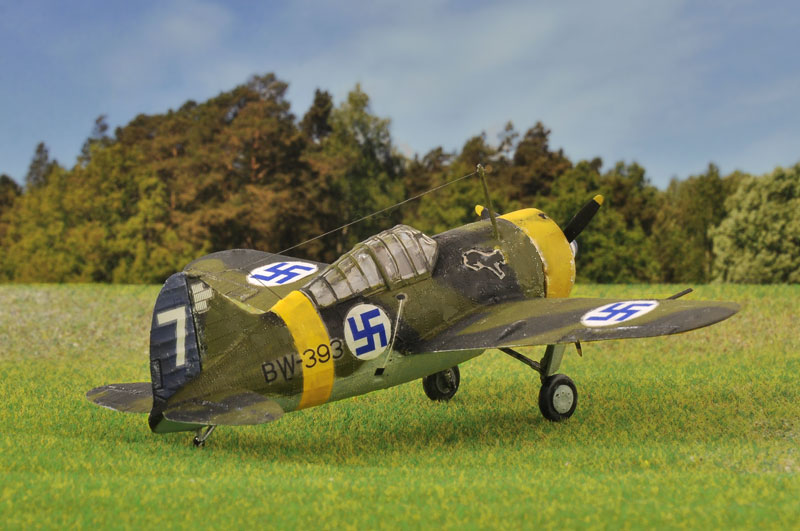 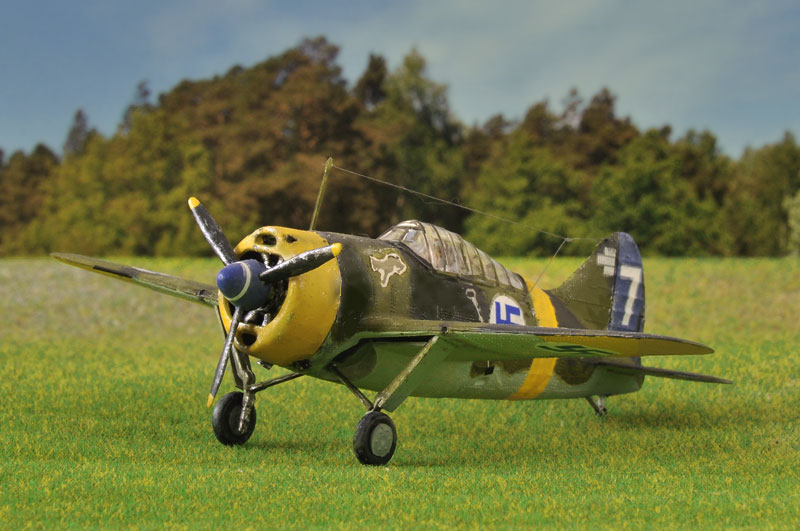 Brewster was originally designed as a US carrier fighter in 1937. British called it Buffalo.

In other countries Brewster was considered as a poor fighter, but here in Finland it shined, whith several hundreds of wins. Squadron 24 alone achieved 459 combat wins with Brewsters.

About the model
Kit: Revell 1:72, old production Modifications: Details added to the cockpit + some minor details elsewhere. Notes: This model shows Brewster nr BW-393, which was the most successfull of finnish Brewsters, with 41 wins.
Here it is shown in 1943 colour sceme, flown by Hans Wind, who shot down 39 enemies with this plane.
© Teppo Kahtola